People use Goddess Maa Durga wallpapers as their mobile wallpaper as it is believed that Durga will help you against all trouble in your life. Maa Durga HD wallpaper is the best thing to share with your friends on WhatsApp. Riding on the lion, Goddess Durga is the strongest female God in Hinduism. Durga is the epitome of power and destruction of the wicked. Goddess Durga is the source of motherhood, protection, power, dharma, and wars. She is sometimes called the Goddess of war in several Hindu texts. God Durga is the combined power of all major Hindu Gods who was created to combating with demon Mahishasur. In Hinduism, Goddess Durga has a special place in the devotee's heart as it is believed that She protects her devotees from every negative energy. During the nine days of the Navratri festival, Maa Durga is worshiped daily and people keep fast to get blessings of Durga. She is a beautiful, powerful, and warrior goddess. 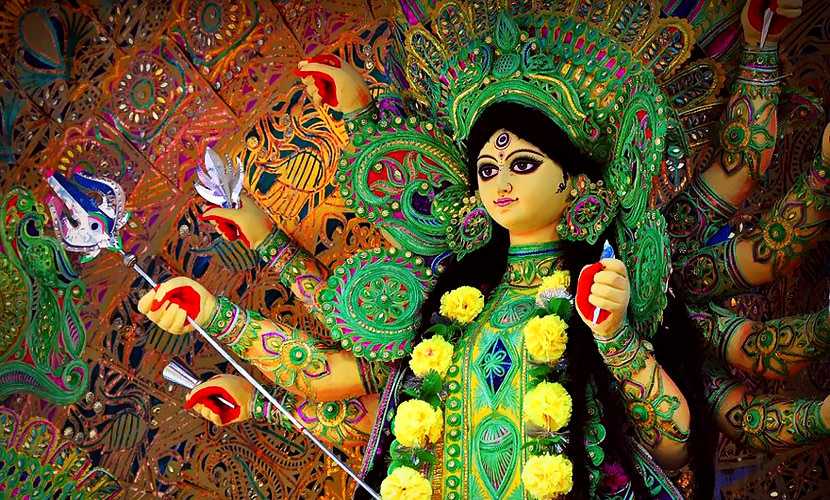